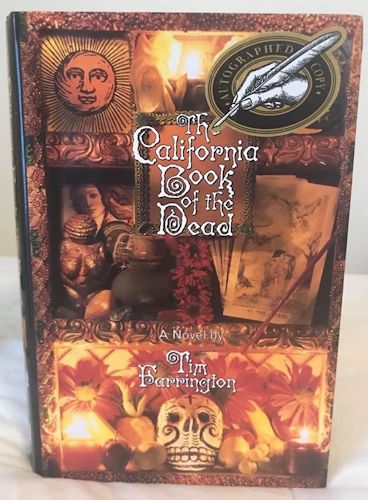 A joyful, wry, reflective exploration of San Francisco New Age life, circa the present. Akin to Armistead Maupin's Tales of the City, an eclectic collection of characters are rounded up to illustrate the prevailing zeitgeist of the city, centering on the rather indomitable figure of Marlowe. She and her lover Daa (Sheila Swenson before her transformation into a goddess worshipper) rent out rooms in their home to spiritual seekers--among them Jack Soft Hands, a massage therapist and member of the Institute of Health and Immortality, who has the candle-and-crystalfilled attic bedroom; and Marlowe's naive Virginian cousin Sheba, who rents the room that recently belonged to the much beloved Jackson, whose spirit has haunted Marlowe since his death from AIDS. The four housemates, and their large circle of friends, endure the tragedies of the physical world and thank their karmic good luck for life's little triumphs. First-novelist Farrington takes just the right tone here, being witty and honest about much of the silliness but never with a trace of condescension or malice. The buoyant plot takes a year to play out, following Marlowe's inexplicable indiscretion with Jack and her ensuing pregnancy. Sheba's esoteric journey is traced from her early, gullible interest in the immortality movement to the more sophisticated paths revealed by her guide Shakti, who reads everything from palms to tarot to past lives. When Sheba's boyfriend Victor arrives at the house to haul Sheba back home, everyone is surprised when the macho, beer- guzzling construction worker falls in love with Shakti, who in turn reciprocates. Though redemption and rejuvenation are always at hand, Farrington's blissful California is no happily-ever-after land: An honored guru knowingly spreads AIDS to his disciples, a gentle musician is killed, and true love splinters in a surprisingly unpredictable ending. A promising debut that offers a thoroughly enjoyable view of the idiosyncrasies of West Coast living.